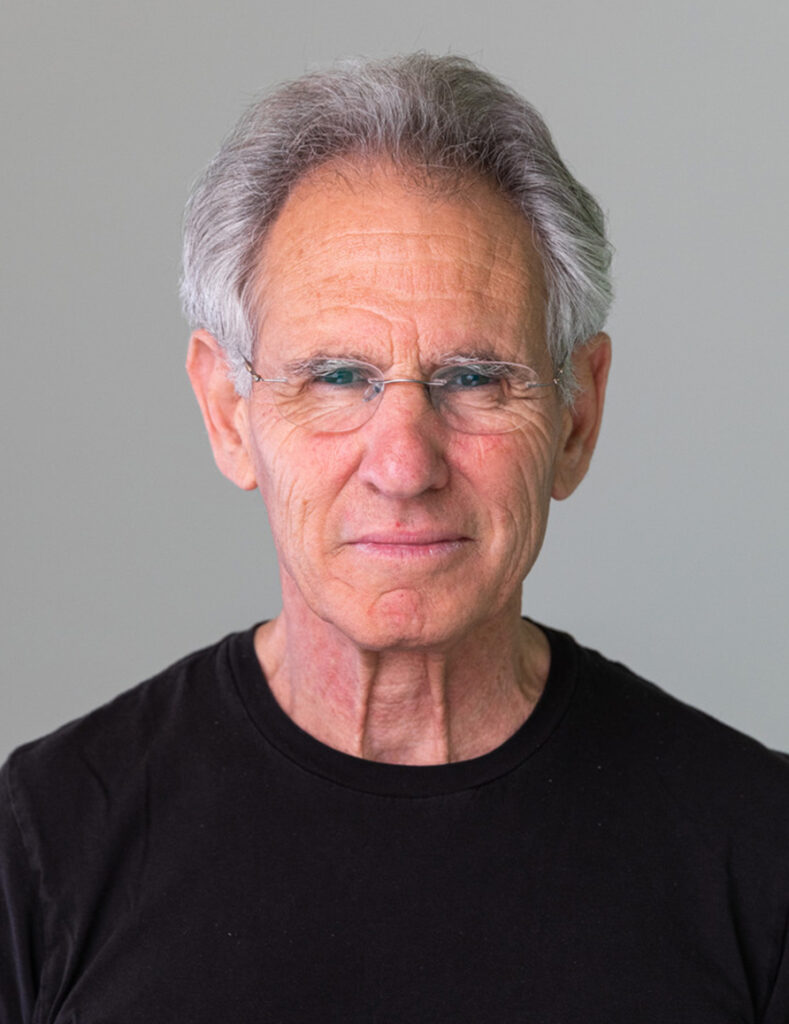 Jon lectures and leads mindfulness retreats around the world and online.

Jon Kabat-Zinn, Ph.D. is Professor of Medicine emeritus at the University of Massachusetts Medical School, where he founded its world-renown Mindfulness-Based Stress Reduction (MBSR) Clinic in 1979, and the Center for Mindfulness in Medicine, Health Care, and Society (CFM), in 1995. Both the MBSR Clinic and the CFM are now part of UMassMemorial Health.

Jon did his doctoral work in molecular biology at MIT, in the laboratory Salvador Luria. He is the author of 15 books, currently in print in over 45 languages. His most recent is Mindfulness Meditation for Pain Relief (April 2023). He is also the author of a series of research papers on MBSR dating back to 1982. In a 2021 study of trends and developments in mindfulness research over 55 years (1966-2021), three of his empirical studies figure among the ten most cited articles on mindfulness (nos. 3, 5, and 9) in the scientific literature; and a review article he authored is number two among citations of the top ten review articles on mindfulness.

His work and that of a global community of colleagues has contributed to a growing movement of mindfulness into mainstream institutions such as medicine, psychology, health care, neuroscience, schools, higher education, business, social justice, criminal justice, prisons, the law, technology, the military, government, and professional sports. Over 700 hospitals and medical centers around the world now offer MBSR.

Jon Kabat-Zinn’s books, his app and other guided meditation programs, his public and professional talks, and his in-person and online retreats describe and invoke the cultivation of mindfulness in such commonsensical, relevant, and compelling terms that its practice has become a way of life for many hundreds of thousands, if not millions, of people around the world.

In early 2020, as the Covid-19 pandemic was growing exponentially, he offered a three month “mitigation retreat” online, consisting of 66 consecutive weekdays of live 90-minute sessions that included guided meditations, talks, and dialogue, with several thousand people joining live each day. 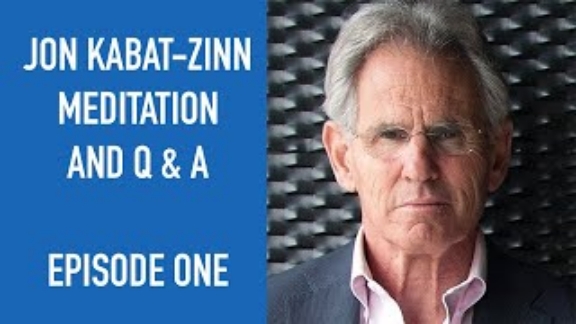 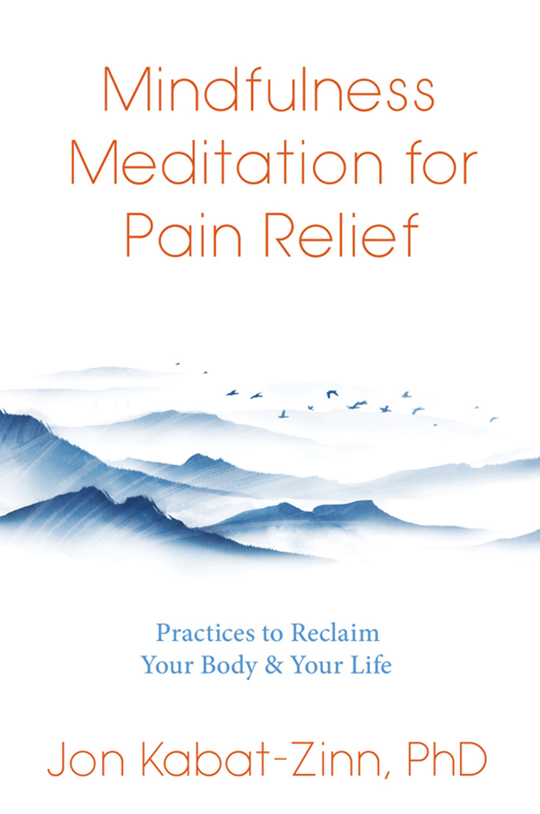 A soothing and beautifully illustrated book with accompanying guided meditations and teachings for people challenged with chronic pain conditions. 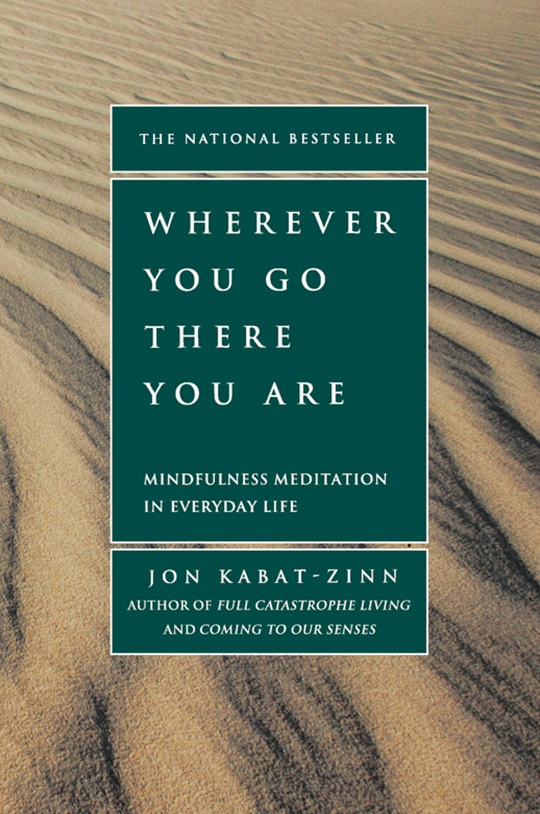 Wherever You Go,
There You Are

This book maps out a simple path for cultivating mindfulness in one’s own life. It speaks both to those coming to meditation for the first time, and to longtime practitioners, anyone who cares deeply about reclaiming the richness of his or her moments. 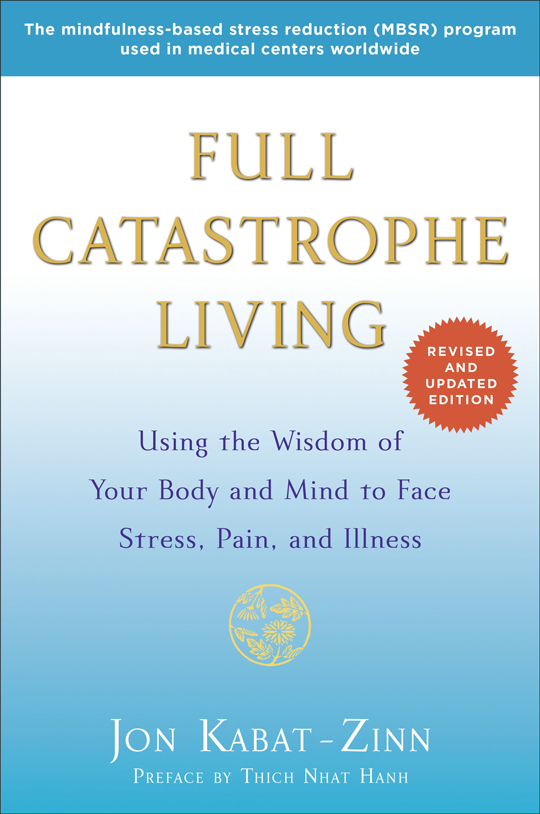 This book, now in a second edition, is the foundation of the curriculum of mindfulness-based stress reduction (MBSR), a program currently available in over 720 hospitals, clinics, and stand-alone programs nationwide and abroad. 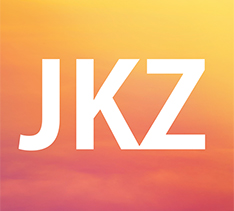 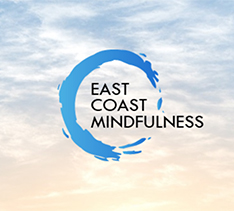 The Virtues & Challenges of Lying Down Meditation

The Virtues & Challenges of Lying Down Meditation. Online via Zoom with Jon Kabat-Zinn and Rebecca Eldridge. By donation only – recordings will be made available to all registrants.
Learn More
See All Events

The following is a partial list of scientific papers and book chapters in pdf format.

Mindful Parenting: Perspectives on the Heart of the Matter – Mindfulness, 2021.

Foreword: Seeds of a Necessary Global Renaissance in the Making: The Refining of Psychology’s Understanding of the Nature of Mind, Self, and Embodiment Through the Lens of Mindfulness and its Origins at a Key Inflection Point for the Species – Current Opinion in Psychology, 2019.

Too Early to Tell: The Potential Impact and Challenges—Ethical and Otherwise—Inherent in the Mainstreaming of Dharma in an Increasingly Dystopian World – Mindfulness, 2017.

Some Reflections on the Origins of MBSR, Skillful Means, and the Trouble with Maps – Contemporary Buddhism, 2011. Mindfulness-Based Stress Reduction in Massachusetts Correctional Facilities – The Prison Journal, 2007.

Mindfulness-Based Interventions in Context: Past, Present, and Future – Clinical Psychology: Science and Practice, 2003.

Indra’s Net at Work: The Mainstream of Dharma Practice in Society – From The Psychology of Awakening – Watson, Batchelor, and Claxon. Samuel Weiser, Maine, 2000.